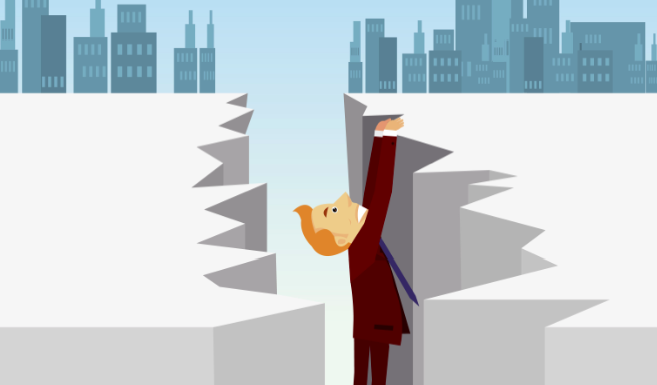 TLDR:
Becoming an independent consultant has never been easier – but that doesn’t mean you should just jump in blindly.

Whilst setting yourself up as a freelancer isn’t difficult, there are some things you should avoid to save yourself some pain.  I’ve seen these mistakes made over and over, and made a few of them myself in my first couple of years in business.

12 things to avoid doing as an independent consultant

This was my very first mistake, and it cost me.

I just quit my job one day – with no plan, no clients, and no idea what I was doing.  I made it work, eventually, but it cost me time and money, and caused so much unnecessary stress.

It doesn’t take a lot of time or effort to come up with a plan.  Just do it.

2. Not having a buffer/enough savings when you start

Closely related to number 1, this was also me.  And it compounded mistake number 1.

Without a buffer, I *had* to make money right away (I had recently gone through a divorce, and had two small children to support as well).  Not a good situation to be in.

Combined with mistake number 1, it meant I had to borrow money – and it took me many years to finally pay that debt back.

3. Not understanding which business structure to use

This is not a deal-breaker, but it can save you some drama down the track.

It really just comes down to what your long-term plan is.  Are you going to start and stay as a sole trader, or set up a partnership, or even a company that you plan to grow?

You can change it later, but why not get set up properly in the first place?

4. Not specialising/defining your speciality well enough

This can also be seen as not knowing who your ideal client is.  Either way, it will be harder for you to attract quality leads, because you’ll be casting too wide a net, and/or prospects won’t be sure about exactly what you do.

5. Not using a contract/formal agreement

This is one of the most important items.

It’s also another mistake I made early in my freelancing career.

Long story short, when something goes wrong or a client doesn’t get what they expected (it will happen), not having a formal agreement will reduce the situation to a “he said, she said” mess.  Also see number 6.

This is closely related to number 5, and can have the same effect as not having a contract/agreement in place at all.

You can think of every client engagement as a project, and every project ultimately comes down to expectation management.  Be clear about what you’re delivering, up front, and in writing – agreed upon by all parties.

Also related to numbers 5 and 6, this can cause huge problems for you because of the potential impact on your cash-flow.  Let alone the stress it can cause, and the time it can waste.

Unless it’s an ongoing engagement with weekly or monthly payments, get a deposit up front, and get sign-off and final payment before handing over the keys.

This is probably obvious, yet I still hear horror stories…

This would have to be one of the most common pitfalls – and it’s not hard to see why it happens.  Especially when you’re just starting out.

Yet another one that caught me out, partially due to my previous mistakes.  I was desperate to earn something, so I took lower-paying work.  It’s not great when you’re struggling and making less than you know you’re worth.  Worse is you end up working more to make up for it.

Closely related to this is taking on work that you wouldn’t normally do.  Not always a bad thing, but generally not advisable.

Similar to number 8, this never ends well, for the reasons stated above.

A better option is to offer something extra (make that clear), whilst charging your full rate.

As an independent consultant, especially before you have built up a name for yourself, you will undoubtedly be approached to do some free work in exchange for promotion/referrals/etc… which usually have zero value.

If you decide to do this, make sure you do so in exchange for a review/testimonial/case study and/or referrals – but be clear and upfront about this, and include it in your agreement.

This one will bite you, and has been the reason many businesses (not only freelancers) have failed.

The phrase “cash is king” should actually read “cash-flow is king”.  Why?  Because no matter how much you’re earning, if you don’t manage your spending and expenses, you’re going to fail.  Making $200k per year?  Great!  Spending $210k?  Fail.

Not only that, even if you’re managing your spending and expenses, the timing of money coming in and going out can also hurt you.  If your clients fail to pay you for 2 months, but you have bills due this month, you’re in trouble.  Which is another reason item number 7 is so important.

12. Not networking and/or not promoting yourself

Whether you like it or not, you have to put yourself out there.  How else can you expect prospective clients to know that you even exist, or that you do great work?

Your network and connections have a huge impact on your ability to find and win work.  And finding and winning work is the biggest fear many freelance consultants have.

And promoting yourself doesn’t mean you have to be a sleazy salesperson, but you do have to let people know what you do and how it can help them.

Go Forth and Prosper

So there you have it.  Armed with the knowledge above, you know what not to do, meaning you’ll save yourself some heartache, and increase your odds of becoming a successful independent consultant.

And if you want to speed the process up, understand how to avoid all of the pitfalls listed above, and get a heap of time-savings tools and tips, as well as advice and accountability, check out my group and 1-on-1 coaching options.